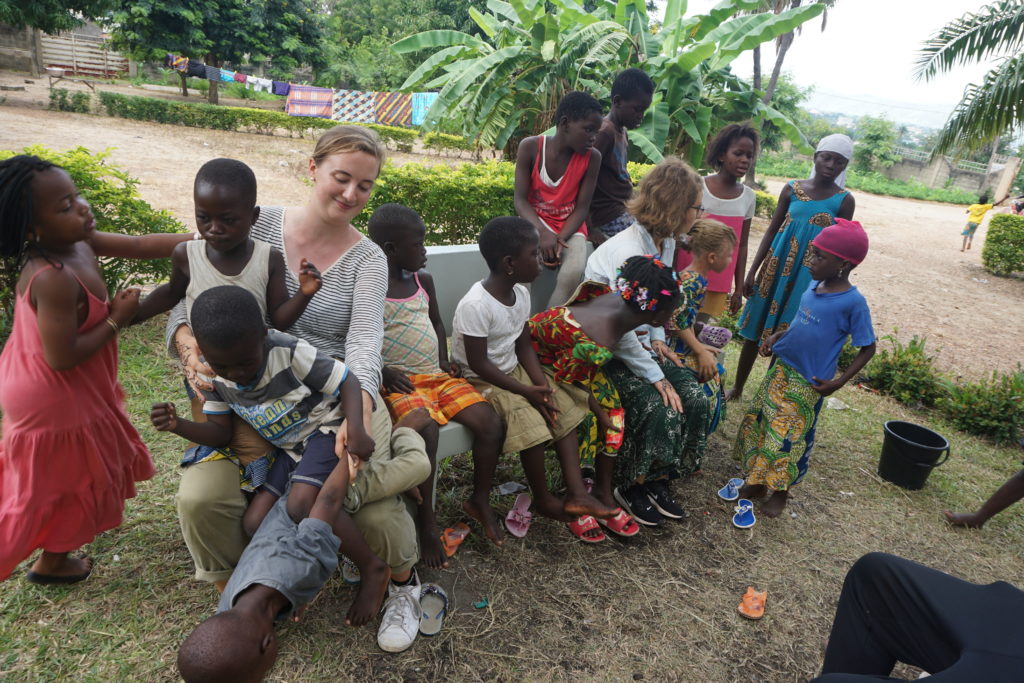 The distribution of above goods was fully conducted by the PROJEKT WEST-AFRIKA e.V Germany in collaboration with our on-site partners in Togo (ONG CEAPIC, SWALLO, etc.) and the ONG Projekt West-Afrika – Togo.

The distribution was this time very interesting with warm welcome in all villages, schools and cities of Togo. The distribution was done by the NGO PROJEKT WEST-AFRIKA e.V with its partners and sometimes with some local authorities. Some distributions were organized followed by a football tournament with cups called: friendship tournament. Some of the distributions were organized as events or cultural activity with traditional dances. I am very proud as President of the NGO, I sincerely take this opportunity to thank with all my heart; Global Aid Network Giessen for their support and help our NGO PROJEKT WEST-AFRIKA e.V, to assist vulnerable people and orphans in Togo.

Due to the delay of the container and the current socio-political crisis in Togo disrupted and slowed our distribution this time. In brief about the crisis in Togo Since August 2017, the Togolese opposition has mobilized thousands of supporters in the streets of Lome and other cities to challenge President Faure Gnassingbe, who has been in power since 2005, after almost 40 years of his father's reign over the country. The protesters demand constitutional reforms and the resignation of the head of state. The Togolese opposition continues to put pressure by organizing demonstrations to demand a return to the 1992 Constitution and the departure of President Faure Gnassingbé. Meanwhile, preparations for a dialogue continue. The Ghanaian delegation left on Wednesday, November 15th. She met the head of state and a delegation of 14 opposition parties. On Friday, Alpha Condé, as President of the African Union, reaffirmed his readiness to resolve the crisis in Togo and will receive in the coming days the various actors of the Togolese crisis, including the opposition parties. What form could this dialogue take? Little information is filtering. Following the appeasement of the Togolese politicians, we started the distributions. Your Stories (Attach additional pages, if necessary): The 12.10.2017, the delegation of the Projekt West-Afrika e.V. (composed of: Mr. Akoete Sodogas, Mr. Dela Tossou, Mr. Totoné Amede and Mr. Idrissou Sanoussi) took the road to the north togo with some materials of Global Aid Network of Giessen, to attend orphans and vulnerable populations in the North Region of Togo. Kara is a city in northern Togo, situated in Kara Region, 413 km north of the capital Lomé. Kara is the capital of the Kara region and, according to the 2010 census, had a population of 94,878. The Kara River flows through the city and is its main resource of water. Originally known as Lama-Kara, the city developed from the village of this name that still exists into an administrative centre. Etienne Eyadéma was born in the nearby village of Piya. Kara includes a busy market place, numerous hotels, banks, the Prefecture, a brewery and the Congress Hall which was the seat of the Rally of the Togolese People Party before the advent of democracy. Niamtougou International Airport is located 40 kilometers north of Kara. This time we targeted three villages or towns in the Kara region. It is the Village of Lassa-Bas, Tomdè and the Village of Tcharé on the mountain, because those are villages or townships that live in the mountains and are vulnerable people who really need help. Village Lassa-Bas Geography: Lassa-Bas is located about 48 km from Kara, in the Kara region Population: 13421 inhabitants; density: 240 inhabitants / km2 Economic life: Traditional market on Tuesday Public Places: Primary School; dispensary The 13.10.2017, after the breakfast we took way with 4 members of our partner of the NGO CEAPIC (Mr POBOZE, Mr Patrick, Mr JOE and Miss ODETTE) First destination: Health care of Lassa-Bas where we gave canes, sugars and medical materials. we gave hand-to-hand sugars to women who gave birth, old and sick.

After Lassa-Bas village Lassa-Bas, where the population and the local authorities are waiting for us impatiently, as well as the authorities of the primary school and their pupils, Without forgetting the librarian of the village. It is a very warm welcome with traditional tam-tam accompanied by traditional dances to welcome us to their village Lassa-Bas. The library was built by Dr Awoade to the population, to help the population of this village. But the library does not have a printer and computer. The pupils of this village are obliged to go 20 km to print in the city. On this project West-Afrika e.V. spontaneously decided to pay for a second-hand computer and with the two printouts of the Global Aid Network Giessen offered them to avoid these 20-km-long suffrances to the children In the Projekt West-Afrika e.V. team, we have IT Technician who directly installed the computer and the prints in the library. 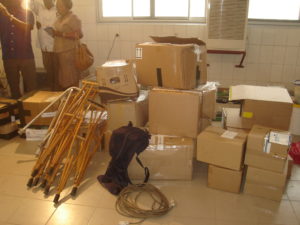 After the library, we shared school supplies and children's clothes from the first to the sixth class. To point out that each class contains more than 100 students in this school. As this time we only have 96 school bags. The particularity of this distribution is that the 96 school bags were delivered directly to the children on the basis of the following criteria: the top 16 in each class, including the top 6 girls and the 10 left behind by children, are orphaned, vulnerable or children in real precarious situations. To the great satisfaction of the children, the teaching staff, the local authorities and the inhabitants of the villages. They did not fail to thank the generous donors and prayed for the prosperity of their activities and for this kind of action to continue. Apart from that, we shared clothes, shoes and sugars, hand to hand to the villagers of Lassa-bas finally to avoid problems to the local authorities on the spot. Because there were people we cannot satisfy everyone. But thank goodness the villagers are very understandable. The Headmaster turns to me and asks me very softly: "Excuse me, but may I ask you something? Will you be able to support us further? After today's donation, we still need more support for the clothes, school bags, shoes and books, etc…" During the time we stand outside, the children leave the schoolroom and each one of them thanks for the support and the clothes and shoes. Immediately ask us when we will come back. Some come towards us, and while several try to hug me, some of them accompany us to the bus and do not want to let us go, because they just do not understand that I have to go unfortunately... So much joy, bright eyes and laughter, I have not seen or experienced for a long time. I've experienced a lot in the last fifteen years, but what I have to experience here breaks my heart, goes deep inside me and never lets go. Tcharé village Tcharé is located about 51 km north of Kara, in the Kara region Population: 13,986 inhabitants. Economic life: Farmer's cooperative; Livestock market Public Places: High School, Elementary School and Public Library. The same day, in the afternoon (14 hours) we left Kara the city, our base place for Tcharé. Arrived at Tcharé in the mountain, we met the local authorities, as the African custom requires. 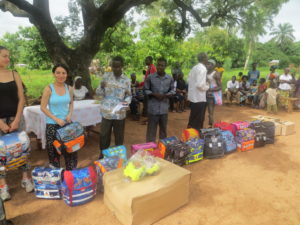 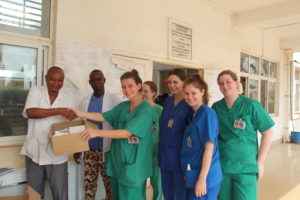 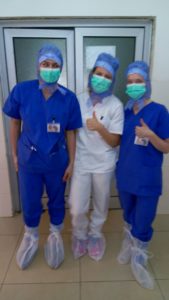 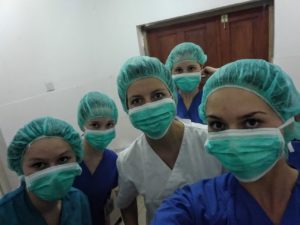